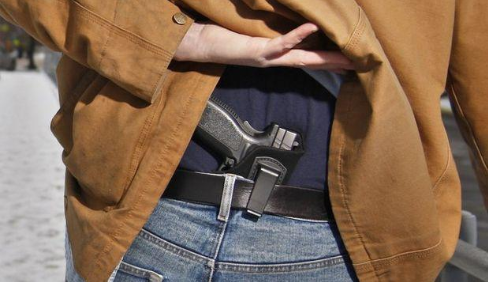 Concealed Handguns in the USA 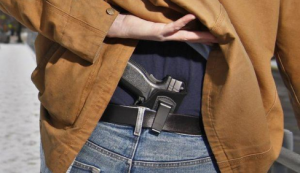 Many people in the US carry concealed weapons; regulating these weapons is a major issue.

In most locations in the USA, gun control is allowed but often restricted. There are several locations that have different forms of gun control. The three main categories for gun issue are may-issue, shall-issue, and unrestricted carry.

May-issue, as it sounds, gives local authorities the power to allow or deny concealed handguns. In other words, the user of the handgun needs permission by gaining a license or by fulfilling a specific need. States, however, contain different methods of limits. Some states have an age limit while in others, the gun owner has to plead for permission. The may-issue states generally are located in rural areas.

Shall-issue is different from may-issue despite sounding extremely similar. Shall-issue requires that a prospective gun-owner apply for a permit for having a handgun, but uses a simple way to find if it is right for the person. Shall-issue checks his or her background, mental issues, and age. Some shall-issue states include Alaska, Arizona, Arkansas, Colorado, Florida, etc. These states have different limits, usually by adding or subtracting from the list given above.

Unrestricted carry is exactly what it sounds like. In states which allow unrestricted carry, one does not require a permit to carry concealed weapons. These states allow people to carry handguns in a concealed manner without trouble. However, there are very few states that allow this, and there is only one state, Vermont, which allows for non-resident carry and resident carry.

Concealed weapon law is different in almost every state, and it’s important to study up on these laws before traveling in order to be fully educated and to avoid potential difficult situations.