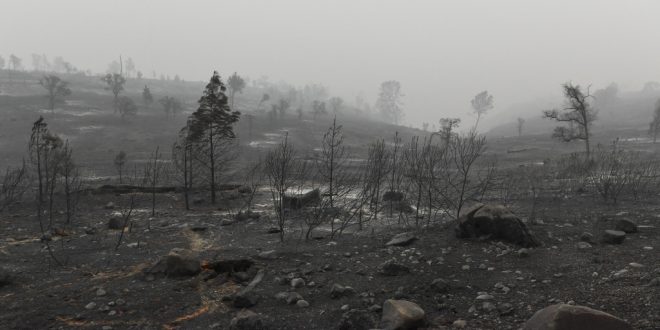 PARADISE, CA - NOVEMBER 15: The scene of destruction after the Camp Fire on November 15, 2018 in Paradise, Ca. Most of Paradise, California has been destroyed by the Camp Fire as the largest search and rescue effort in California is taking place with over 600 people still missing. (Photo by Ricky Carioti/The Washington Post via Getty Images)

Firefighters are still working to contain the fire in Paradise, California that has become the deadliest in state history with 71 fatalities, and more than 1,000 missing.

The list is growing as officials sort through the emergencies called in throughout the week.

The Camp Fire near leveled the small town, and thousands of nearby residents have been evacuated. It is reported that over 90,000 acres were burned in Butte County alone.

The fire also has far reaching effects; thick smoke has settled between Sacramento and Los Angeles as residents are pinched between the major fires. The air quality ranks the dirtiest in the world, exceeding cities in China and India.

The most recent report shows the fire only 45% contained. Firefighters say they expect full containment by November 30th. However, as full containment means only establishing a perimeter around the fire, air quality will still undoubtedly worsen.

Several other fires have sprung up in California, and have spread quickly due to California’s high winds and dry land. The recent drought left underbrush dry and flammable, fueling the fire.

Officials are concerned about the potential lasting effects of these fires: the thousands of displaced residents, the skyrocketing cost in fire control, and the chronic effects of smoke inhalation.

Previous Thanksgiving Traditions in School
Next The Game of Politics