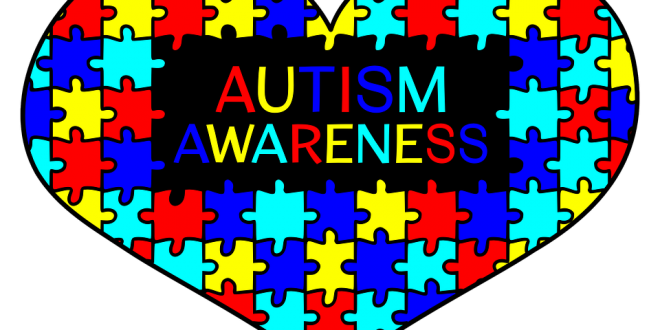 It is already April, and that means that long hours of light and warm temperatures are soon upon us. However, it also marks Autism Awareness Month, a month where people should seek to learn more about autism and what they can do to help those who are affected. In fact, this year’s World Autism Awareness day was April 2, 2019, which was just a few days ago. Autism is a disorder that is generally shrouded in myth and misunderstanding because of how late in childhood the symptoms arise. While the thought of autism may bring up a clear image in one’s head of what the disorder looks like, the actual symptoms are much less definitive than most may think. This is because the disorder has conditions that run along a spectrum, from mild symptoms that are hard to detect to severe symptoms that prevent effective communication altogether.

Autism spectrum disorder (ASD) is a developmental disorder, because the symptoms only begin to appear a few years into a child’s life. The disorder will affect communication and behavior, resulting in difficulty interacting with other people. Those affected with ASD also have limited expressed interest in most activities, and have a limited set of repetitive behaviors that they use. Most children and adults with ASD will have symptoms negatively affecting their ability to learn effectively in school, work, and hobbies. Difficulties with conversation, tending not to listen to others, having facial expressions that do not match what is being said, as well as making little eye contact are all common behaviors. ASD arises equally among all races, so all children should be screened for autism so that an evaluation can be made.

While the causes of autism are still relatively unclear, some risk factors for having autism include having a sibling with ASD, having older parents, having certain genetic conditions (Down syndrome, Rett Syndrome), or having a very low birth weight. If a child is diagnosed with autism, there are specific treatments and therapies that should begin as soon as possible. These treatments are meant to make the individual’s life less difficult, as well as help them strengthen areas that they are good at. There are many symptoms for ASD, so no one’s treatment will be equally beneficial to every person. Specific medications may also help alleviate irritability, aggression, hyperactivity, and anxiety in a person with ASD. Behavioral, psychological, and education therapy are equally as important, because the person afflicted will be able to learn life-skills necessary to be independent such as communication and language.

Autism is present in 1 of 60 children, so it is more common than one may believe. Therefore, it is important to be well-informed about the disorder, so that we may help those who have it when the opportunity arises. Although they may have symptoms that seem irregular, those with ASD have can levels of acuity equal to or even greater than the average person. ASD does not have a cure, but those that are subject to its symptoms can learn to live a normal life just like anyone else.

Previous Graphene: The Best Material?
Next The Hidden Ecological Impacts of a Trump Wall