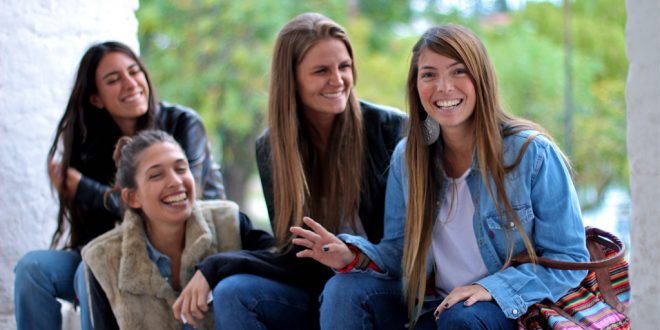 Trends are continuously changing in today’s world. Not only are they dynamic, but also they’re very apparent. One day, everyone suddenly starts wearing ripped jeans, buying iPhones, listening to K-pop. Has it ever occurred to you, that these trends seem unnatural? How can such a large majority of human beings, when everyone is so different and so unique, like a specific thing at the same time?

The obvious reality is, people don’t fundamentally like these specific things. Rather, they are just fads that miraculously bloom and fade. For instance, dying hair was not something humans inherently like or enjoy doing, because it’s not natural. But why is it that so many people do it? It’s likely because they see it on others around them, or on celebrities. They then unconsciously associate this characteristic with popularity, fame, or social acceptance. As a result, even if they did not inherently think dyed hair looked attractive, they may now inadvertently think so because of this mental association.

The same logic goes with other trends. When someone significant, or a group of influential people begins a specific trend, it starts to spread as people associate it with certain qualities. For example, people wearing Vans or Converse are everywhere in America, and Peppa Pig merchandise is seen all around in China. It’s not that the majority of people in these countries genuinely like the shoe or the cartoon pig, but it’s more of the natural inclination to fit in or follow the herd that makes them “like” it. Yet it’s important to realize that the bandwagon effect isn’t necessarily conscious. Even though people feel like they genuinely think something looks good, the reason they do so may not be natural.

A problematic corollary with the natural phenomenon of bandwagon is collective silence. It’s been proven that when faced with a situation that compels action, larger groups of people act significantly less as compared to an individual or couple. When one person sees another not taking action, they feel like in order to fit in and to not be shunned, they should stay quiet too. As a result, total inaction results. Additionally, this is apparent in everyday situations. For example, if the hype nowadays is pop, people may be embarrassed to reveal that their favorite genre is classical, because they are afraid of denting other’s perceptions of them. This is especially worrisome in our political environment, where people of a specific party feel confined to the general views of that party even when they may feel different. After all, if a Democrat, for example, felt differently on an issue compared to their fellow Democrats, they may feel embarrassed and unwilling to speak out or reveal their views. Similarly, in cases of sexual assault, although the number of victims are significant, it is rare that we see them speak out. Because they are likely embarrassed and fear backlash, it is difficult for them to muster the confidence to speak out. In today’s world, it’s important to ignore the bandwagon effect and speak out when things matter. Even if it may be scary, it’s worth a try. Because when one person speaks out, it creates a ripple effect, and it’s likely that this new course of action actually becomes the new bandwagon.