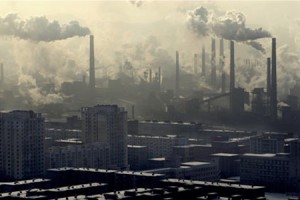 China and the Climate 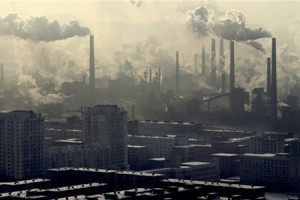 As we all know, China is a huge country with an enormous population. It is a pioneer of innovation, which has been a great factor in its recent economic boom. However, in turn, China’s climate has been damaged as a sacrifice of the increase production and manufacturing. The smoke in the air and the dirty chemicals from the different types of waste should not be inhaled by the people everyday. All the smoke is harmful to the lungs. Having unhealthy lungs leads to developing deadly diseases and a shorter life span. Studies show that secondhand smoking is no better than firsthand smoking. Who wants to be forced to smoke whenever they step outside a building? Even though China is extremely economically successful, their environment cleanliness falls very short compared to other countries. While making the United States a wealthier and more successful place, let us also ensure that America maintains its healthy environment.

One way of reducing pollution is by driving hybrid or electric cars, which will limit the smog that is emitted into the atmosphere. Many companies are already taking this course of action, designing cars such as the Toyota Prius, the Nissan Leaf, and the Chevy Volt. These cars bear most of the qualities and services that many of the non-green cars of the past had held. But even further, they are able to reduce landfill, energy consumption, and lower the cost of the potential waste process. Constructing products from recycled materials often uses less energy than making products from non-recycled sources, and there is usually a significant amount money saved when purchasing and using recycled items. For example, recycling leaves and grass produces compost, which is cheaper than buying compost from other sources. This is only one way to save money through recycling, among many other methods. Being able to help our environment will solve many other problems such as fracking and inconsistent oil prices.

Cindy is senior at Henry M. Gunn High School and is incredibly honored to be a part of the Rising Star Magazine team. She enjoys belting out Disney songs, playing piano, watching Chinese dramas, and babysitting. Cindy serves as California DECA's VP of Silicon Valley and is also the singing teacher at FCSN and the President of HEARTS Nonprofit. She can be contacted at cindy@risingstarmagazine.com
Previous Cutting Toxicity Out of Your Life
Next The Parent’s Perspective: Enjoying Life with a High Schooler