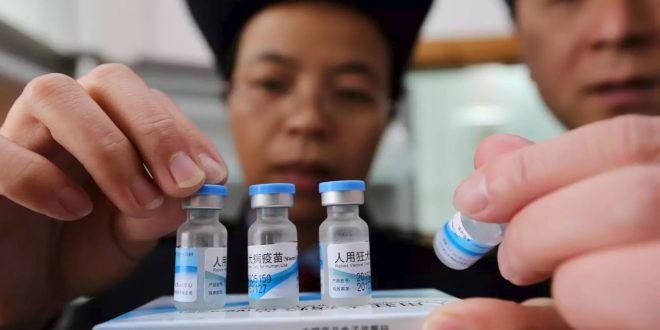 Changchun Changsheng Biotechnology, a Chinese vaccine company, has been ordered to stop production after China’s Food and Drug Administration (CFDA) found the company had been fabricating production and inspection records. The biotech company has already sold more than 250,000 units of their faulty vaccines, much to the outrage to the Chinese public.

The CFDA is now launching a criminal investigation, and has recalled all unused vaccines from the accused company. Five top executives have already been taken into custody for questioning.

The company’s rabies, diphtheria, and tetanus vaccines are all suspected to be substandard. Parents of children who have received these vaccines as part of China’s mandatory vaccination program are justifiably angry. Many parents publicly voiced distrust of the nations immunization program after the drug scandal, one of several in recent years. These parents have been calling for more transparency and stricter control within the CFDA and affiliated government programs.

President Xi Jinping has vowed to protect the people’s right to public health when he came into office. However, this recent scared has undermined his controlling, top down power, and has magnified the distrust of the secrecy within the Chinese government.

Previous Lebron James’ I Promise School
Next The College Culture