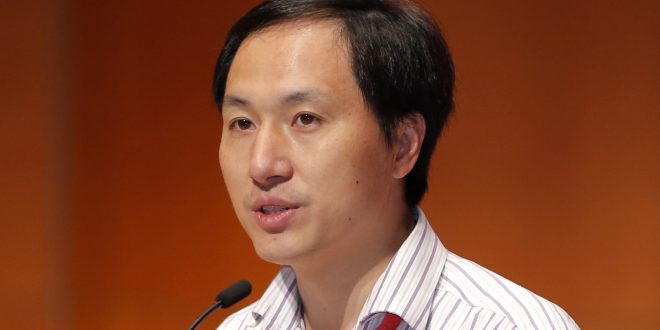 He Jiankui, a Chinese researcher, speaks during the Human Genome Editing Conference in Hong Kong, Wednesday, Nov. 28, 2018. He made his first public comments about his claim to have helped make the world's first gene-edited babies. (AP Photo/Kin Cheung)

Scientists around the world are skeptical of his claims, which has caused international controversy. Many call his experiment irresponsible, and it raises many ethical questions.

Despite this opposition, He still says he is proud to be the first to modify these babies.

Since the announcement, the whereabouts of the scientist are unknown and the feat has not been celebrated at all.

The babies have been supposedly modified to be HIV resistant. The two girls have been reported healthy so far. There’s no doubt these two girls would be monitored extremely closely to see if any changes in health occur and if these girls will pass down some inherited traits to future generations.

This places humanity with the power to change our own biology and asks the million-dollar question. Will it be used in the future and how?

We have all seen the movies—what will be the long-term social effects?

In an interview held at the Second International Summit on Human Genome Editing, He responded to an audience member asking how he thought society would treat the girls with “I don’t know how to answer this question.”