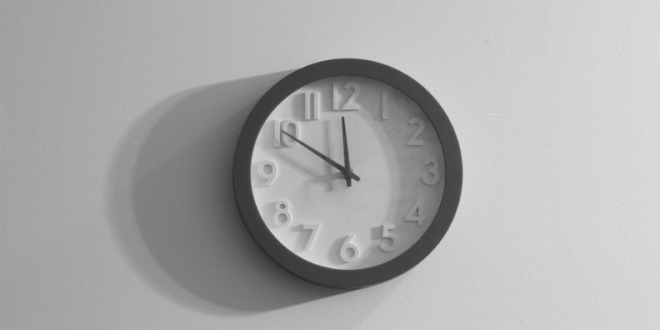 At times it may seem difficult to take concrete actions to move towards climate change “solutions.” At times, climate change seems like an overwhelming issue, one that individuals can do little to address.

As a result, while there are people who deny that climate change exists, there are also those who view climate change with apathy. They know that environmental issues require action, but what really can be done? Is there any point, when actions might be useless, insignificant?

Just as people may tire of news full of tragedy and conflict, hearing about rising temperatures, forest fires and other issues can also become tiring. Tempted to turn away from these events, people stop listening — and even stop caring.

According to an article by The Guardian, people tend to listen to information that aligns with the perspectives they already have. Thus, it becomes easy to pick and choose what to hear, to choose not to listen and not to know. The Guardian also examines the psychological obstacles when it comes to climate change, reporting that “brains are wired to respond to short-term problems, not long-term risks.”

“Many environmentalists say climate change is happening too fast,” Daniel Gilbert, a psychology professor at Harvard, told The Guardian. “No, it’s happening too slowly. It’s not happening nearly quickly enough to get our attention.”

Essentially, perhaps the human race is struggling with procrastination — but instead of school projects or responsibilities at work, this is about life-or-death situations, about health and safety, about the well-being of people living now and people who have yet to exist.

Shifting focus from statistics to familiar faces, another story by The Guardian emphasizes the importance of connecting numbers to people — specifically one’s children or grandchildren — to fully acknowledge the consequences climate change presents.

But stressing the severity of environmental issues may push people away from action. According to The Chicago Tribune, the morality tied to climate change can be harmful: people may feel pressured to care, then feel guilty for their lack of action. The sense that people should and maybe “have to” care about environmental issues can become exhausting and draining. And the polarity in politics that surrounds climate change does not help either.

Connecting to the idea that people often pay more attention to short-term benefits or consequences, rather than long-term ones, The Chicago Tribune reports that “stressing economic benefits produced better results” when people advocated for decreased energy use, according to researchers at the University of Tennessee and Florida State University. Championing economic benefits was more effective than championing environmental benefits. After all, humans are human: they want to know what they as individuals have to gain or lose.

People also value certainty: In an Earth and Space Science News article, Paul Stern from the National Research Council describes how “there’s been a long history that says that scientific uncertainty is a reason for not taking action.” Because research cannot pinpoint exactly what will occur, people may consider serious measures unwarranted until scientists gather more evidence.

Earth and Space Science News acknowledges that “it’s tiresome to hear every effect of climate change put in terms of the worst-case scenario of death and destruction” and that people may prefer a “middle ground, where scientists investigate the risks and probabilities of many different scenarios,” preceding extreme action.

In short, climate change is clearly not all sunshine and rainbows — it is more like too much sunshine and no rainbows when it comes to droughts, or too-high sea levels destroying homes, or too much pollution as air quality indexes climb to dangerous levels. But at the same time, the energy to care and the desire to act can burn out. It is natural to focus more on short-term events — what feels more immediate. But climate change is occurring now. Consequences are growing now. And what is now the future will soon become the present.

Previous Pesticides
Next How To Be Kind to Yourself