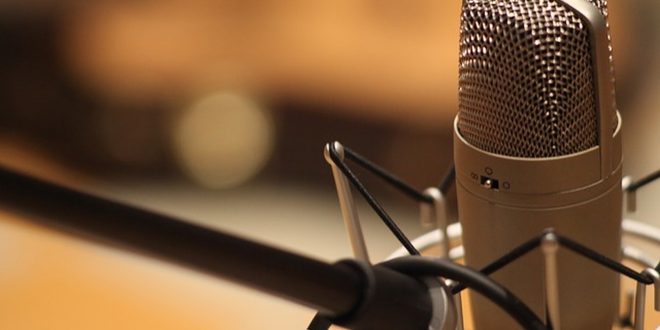 A microphone is a device we use everyday, yet we know so little about it. This little useful everyday devices converts the sound inputted into small electrical currents. Microphones are one category of transducers, similar to headphones and loudspeakers. Transducers are energy converters, they use sound and converts it into electrical energy. However, there are several types of microphones, each good for their own uses.

For context, the microphone was invented for purposes to amplify the sound of the human voice, the first version invented was known as the megaphone, they were first needed in amphitheatres from fifth century Greece. Soon in the 19th century,  a German inventor, Johaan Philip Reis, made the first sound transmitter first named as the “Reis telephone.” A couple years later, Alexander Graham Bell came up with the telephone which used a liquid transmitter, much more efficient than the old Reis telephone. There are 2 main types of microphones, dynamic and condenser. The modern condenser microphone we use now was made in 1916 by the Wente of Western Electric while, the modern dynamic microphone was made a couple of decades later.

The condenser microphones has several nicknames like the capacitor microphones and the electrostatic microphones. The diaphragm uses capacitors, consisting of parallel plates that store charges and smooths voltage variations in the power supply, which then vibrates the plate of a capacitor, and turns into electrical energy. Condenser microphones can be much smaller than dynamic mics.

A dynamic microphone uses a cone and a coil of wire attached together. The sound wave hits the cone and vibrates the magnet near the coil. It works like a opposite speaker, the sound pressure changes which moves the cone and then causes it to move the coil getting energy, working like an opposite speaker, where you get electrical energy from acoustic energy instead of acoustic energy from electrical energy. Dynamic microphones are better known for their reliability not requiring any external power sources. They can maintain normal performance for several years with no special maintenance needed.

Microphones are very under looked, but very useful. Depending on what you need, the type should be considered. If you are looking for one that is reliable and lasts long time, then go for the dynamic microphones. While on the other hand, condenser microphones are much versatile than the dynamic mics. The type of microphone you purchase could make a huge difference in the microphone efficiency, which certainly is also function of how much you are willing to pay.

Previous A Vicious Cycle
Next Food Trends of 2019