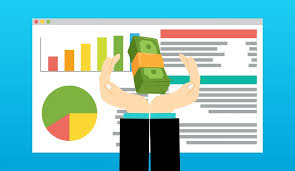 After the 1991 economic crisis, India began liberalizing its economy. One huge change in India’s economic policy was policy reform to attract more foreign direct investment, or FDI. FDI is investment where a foreign government controls at least part of a company in the recipient country. Increasing FDI inflows was meant to decrease poverty and boost growth in the impoverished country. But, is that really what it has done in India?

FDI overall can be beneficial, but it may not necessarily work as intended in India. Manmohan Agarwal finds in an empirical study for the Research and Information System for Developing Countries (RIS) that while FDI has positive effects on reducing poverty in Asian countries, India specifically did not see any poverty reduction. In fact, the poverty gap index, or the inequality indicator, actually increased. This adverse effect is caused by the tendency of FDI in India to only reach the richest and most privileged areas of the country, as a large portion of FDI goes to high tech cutting edge startups where the most money can be earned. As a result, it never reaches the poorer rural areas which desperately need FDI to decrease poverty.

Additionally, FDI can have unexpected side effects that hurt the accessibility of drinkable water. Meir Alkon writes that when FDI is targeted at manufacturing and water-intensive industries. FDI trades off with water that would otherwise be directed towards rural villages in need. In other words, FDI funds businesses which must use water in operations, thus taking away from drinking water supplies for the poor.

Even worse, these businesses often do not impose strict regulations on pollution, thus contaminating the water in their environment. This only makes it harder to provide clean water for those who need it. Since freshwater is a zero sum game, different entities must lobby the government to provide water for their cause. With the wealth of large companies and foreign investors, however, it’s almost impossible for the poor in India to lobby for their cause.

FDI to India can initially seem like an easy solution to the poverty in the region. But before we assume it alleviates poverty, we must consult empirics and realize that it may not have the effects we want.