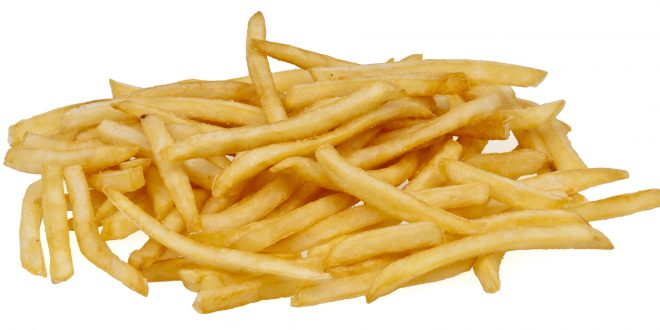 Fox News put it cleanly: “You’re not going to win any fans by taking a side against French fries.” A study published in the The American Journal of Clinical Nutrition found that not only do people in America eat disproportionately more french fries than people elsewhere, but that, people who ate fried potatoes twice or three times a week had higher mortality rates than those who refrained from doing so. Eric Rimm, a Harvard professor involved in the study, referred to fries as “starch bombs” and claimed he wished meals came with a side of six french fries. When the American public got a hold of this statement, however, he received immense backlash on Twitter and various social media platforms, all hungry Americans defending their beloved snack. Some urged Rimm to stop “ruining their lives,” while others joked that his degree should be taken away. Finally, Rimm even took to Twitter to utter a moderation of his statement, explaining that he only thought restaurants should give smaller portions of fries if people asked for it.

While the situation is quite amusing, it can be interpreted as a microcosm of society’s response to unrealized truths. Not only does this incident teach us that french fries aren’t as healthy as we’d like it to be, but it also shows us how the majority responds to the minority. In this case, Rimm acted as the truth-bearer, explaining that fries hold hidden dangers. The American people, however, immediately lashed out at Rimm with hateful and angry words. Without seriously considering his study, the public decided to furiously tweet at him almost as a reflex. As a result, the heavy backlash perceptually forced Rimm to moderate his statement to try to calm the crowd.

In real life, this phenomenon can be damaging. It’s hard to prove if the backlash against the fry condemnation was due to true knowledge around nutrition or just over the refusal to accept a fact that the public simply didn’t want to accept. Knowing that most Americans aren’t nutritionists, it’s reasonable to assume that it’s the latter of the two reasons. People just didn’t want to believe that the fries they know and love can be so damaging to them, so in an attempt at denial, they publicly refused to believe Rimm. As a result, the truth-bearer is pushed into a corner; even if what he says is true, he is simply ignored and hated on because of the denial and unwillingness of people to consider another perspective.

Society needs to be careful of this same phenomenon when dealing with real world issues. When a minority brings up any point of consideration, it’s important to take a step back and seriously think about their idea. If it’s something that the majority may disagree with, it may be even more important to take it into consideration. Otherwise, the truth gets buried underneath layers and layers of denial, effectively preventing further reformation. Hopefully, our interactions regarding important topics do not mirror the public’s somewhat amusing backlash against the simple statement that fries are unhealthy.