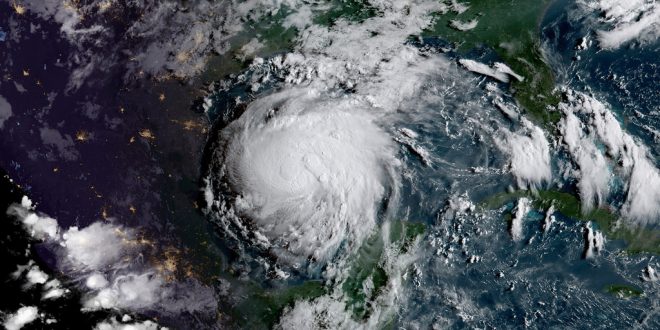 The most powerful hurricane to hit the United States in over a decade made its way into Texas early Saturday morning. According to the NHC Atlantic, it made landfall at 10 PM CDT as a Category 4 hurricane near Rockport, Texas, with maximum wind speeds of 130 mph and minimum pressures of 938 mb. The National Weather Service believes that Harvey’s impact on South Gulf areas will be devastating for weeks, as it has already left 200,000 without power. President Donald Trump also tweeted Saturday morning that he is “closely monitoring Harvey from camp David,” and has already signed a disaster declaration for Texas.

Roger is a junior at Carlmont High School in Belmont, California. Roger serves as an officer of Help Everyone and Remember to Share (HEARTS) non-profit. Roger founded the first California Business Professionals Association (BPA) club at his high school and is active in other STEM related clubs. Outside of his busy school schedule, Roger practices karate, plays saxophone, reads, and volunteers for several worthy social causes in the US and China. Roger is extremely honored to serve as the News Column editor for the Rising Star Magazine.
Previous Summer Jobs
Next Should you worry about your job being replaced by the rising AI? (Part II)