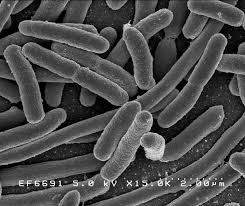 Influence of Bacteria on Autism

Influence of Bacteria on Autism

Autism or ASD (Autism Spectrum Disorder), is a developmental disorder involving difficulties with speech and nonverbal communication, repetitive behaviors, and social skills. Because there are many subtypes of autism, it is called a spectrum disorder. In the past decade, studies have shown a correlation between autism and the microbiome(bacteria community) of the affected individual.

In 2013, research by an Arizona State group showed that children with autism had less diversity of intestinal bacteria than children without autism. The researchers used DNA analysis of fecal samples from children to determine the bacterial population in the guts of autistic and non-autistic of children.  Decreased intestinal bacterial diversity was significantly linked to the children with autism, but seemed to have nothing to do with the differences in the diet of the two groups of children. It has also been found that up to 50% of people with autism also have chronic digestive problems.

In one study, a small group of children with both autism and chronic digestive problems was treated with daily fecal transplants for seven to eight weeks. This treatment was found to increase the diversity of intestinal microorganisms. At the beginning of the study, 83% of the children were classified as having severe autism, while by the end of the study only 18% was categorized as severe. An evaluation of the children showed an average 45% decrease in autism symptoms compared to the start of the study. One important concern about this study was that there was no placebo or control group.

More recently and intriguing, the studies involve a specific strain of bacteria, Lactobacillus reuteri, which is found in the human gut, as well as breast milk and yogurt. Several strains of laboratory mice were developed as ASD laboratory models to study autism. Compared to typical mice, ASD mice prefer interactions with objects rather than social interactions with other mice. After treatment with L. reuteri in their drinking water for four weeks, however, the social behavior of the ASD mice resembled that of control (typical) mice. The researchers showed that L. reuteri’s rescue of social behavior used the same mechanism as oxytocin, which is a hormone that is known to promote social behavior among animals and people. In fact, oxytocin has recently been used as a treatment for the social deficits of autistic children.

The human microbiome plays an important role in normal human function. There are now indications that human gut bacteria can also play a role in socialization. Research shows that if you provide a “normal” diversified gut microbiome to autistic children, you see a reduction in the symptoms of autism and that providing a single bacterial strain to an ASD mouse model rescues the social deficit of the mice. We hope that a better understanding of our microbiome will provide treatments for autism and other human disorders.