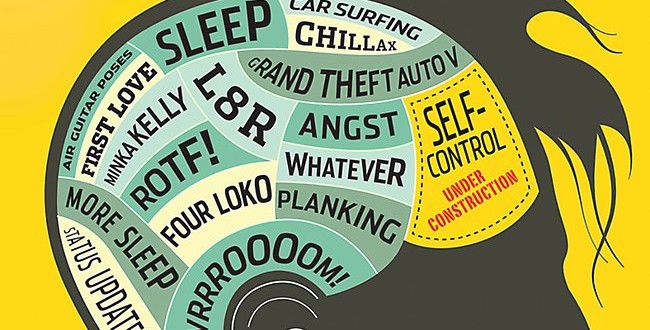 Inside the Teen’s Mind

When students don’t do what they are supposed to do, teachers are the ones responsible to acknowledge the issue and do their best to take care of the situation. Nevertheless, while the situation is getting taken care of in front of a class of dozens students, the student being called out isn’t the only one being affected.

92% of the students interviewed who live in the Bay Area feel that teachers spend less than 10 minutes per class dealing with rowdy students, but if they did, a Homestead student feels that, “any teacher who spends more than ten minutes of his or her class time calling somebody out loses a lot of my respect as a student. Their job is to teach, and, unless it’s an academic mistake in which correcting can teach the class, misbehaving students should be sent away as distractions.” Some students feel that if things happen continuously with the same student, it will waste too much time for other students in the class. Others feel that it’s entertaining to watch the student and teacher’s interaction, even if it is demeaning for the student.

When students get called out, it impacts how classmates perceive them. One student from Advanced Technologies Academy in Las Vegas says, “When I see a kid in trouble, I’m like, ‘oh wow, they’re immature’ or, ‘well that’s the troublemaker of the classroom!’” A high school Sophomore says her first response to a student being called out would be, “Ohhh, this is going to be good.” However, after seeing the situation continue, she admits, “I would kind of feel sorry for the person for being called out in front of the whole class and be glad it’s not me.” A Junior from Cupertino High School taking Social Psychology classes at De Anza Community College responds, “I would categorize that person. I mean, we categorize people naturally, we label them. I’ll probably make assumptions and first impressions…” He continues, “Maybe not bother with getting to know that person.”

A student from Irvington High School believes that “it is humiliating when someone is called out. I actually feel negatively about the teacher because there are better ways to educate than to call a student out publicly.” A graduating student from Miller Middle School and an American High School student agree that their perception towards the student isn’t negative, but their perception towards the teacher. A student from Westmont High says these situations usually expose the student’s personality and show who they are which helps classmates understand what they’re like. For another student, he feels that he cares less about others being called out in class because he gets called out a lot himself.

Being in a competitive environment changes the way students process thoughts and judgments. A Lynbrook student shares, “I think students being called out are very quick to be judged because Lynbrook has a lot of pressure to be fulfilled and yes the perception of that person is changed negatively, just how if we hear someone who doesn’t get straight A’s, we judge them negatively right away.”

High schoolers seem to have a lot to say on this topic, but an incoming 5th grader at Meyerholz Elementary School simply replies, “if it has nothing to do with me, I’ll just think, ‘whatever’ and move on with life. If the teacher is wasting class time, I’ll be happy to take a little break.”

Calling out a student in the middle of class time might seem straightforward and simple, but it may be less effective than most may think. Majority of teens attending public and private schools agree that calling out a student in the middle of class because of something they did wrong is not the best way to handle the situation. Not only do students feel like it is a distraction from the focus of their learning, make the teacher(s) look bad, but it also takes away limited class time. Not to mention “calling students out is almost never the best way to change them, because it might cause them to want to continue bad behavior,” a Junior at Fremont High School concludes.