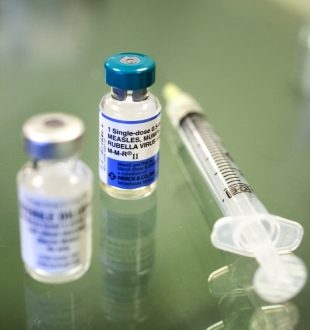 Ever since the invention of vaccines, there has been groups of people disagreeing with it. Nowadays, they are pop up mainly in Facebook groups, telling people about how vaccines cause autism and how we should all believe in the power of healing crystals, essential oils, and weed. However, they always seem to far away from us to worry about, we’re behind a computer screen, therefore they cannot reach us. Well, now they have.

Starting on March 16, an unnamed international traveller arrived in Santa Clara County, infected with measles. Slipping past customs, the traveller went on to visit more than twenty places in the county, leaving trails bacteria behind them. Averaging about 3 places a day, the visitor hit an Apple Store, Stanford Hoover Tower, and multiple restaurants, grocery stores, and drugstores. However, these are just a general list of places they visited. The visitor truly took time to visit as many places as possible, spanning the cities of Sunnyvale, San Jose, Cupertino, Stanford, Palo Alto, Mountain View, Santa Clara, and Milpitas.

Although it may be easy to blame the traveller for spreading measles throughout the county, they aren’t completely to blame. Had the infected citizens gotten their recommended vaccines, this would be less of a problem. Even if vaccines can’t prevent 100% of all diseases, it would be way less of a risk for the citizens had they gotten their vaccines.