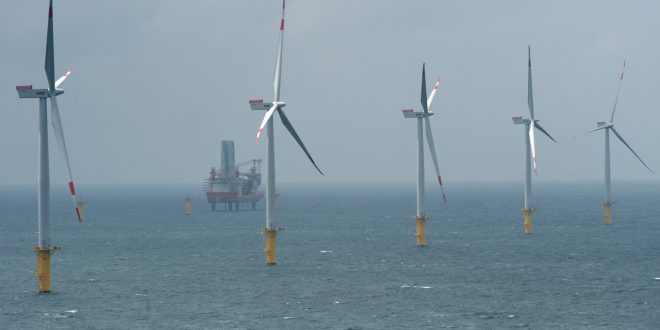 Block Island Wind Farm, an American wind farm just off of the coast of Rhode Island, was auctioned off at the record-breaking price of $135 million. It is the first offshore wind farm in America and it has generated enough energy to power the entire island.

According to the U.S. Department Of the Interior, who oversaw the process, the area could become one of the world’s most prolific offshore energy-harvesting sources of wind power. It was estimated that it could generate up to 4.1 gigawatts, which is enough electricity to power about 1.5 million homes.

Currently, the most productive offshore wind farm—called the Walney Extension—has a capacity of nearly 700 megawatts and is located off the United Kingdom coast. The 2016 Energy Department estimates that 4.1 gigawatts are generated per square kilometer.

This figure is calculated without the factor of the area’s geography and weather patterns, meaning that it still has a long way to go before it can climb the ladder of the largest offshore powerhouses.

Nancy Sopko, Director of Offshore Wind Policy, is confident that the three leases would be able to produce a minimum of 800 megawatts each, which would still make the new Massachusetts wind farms the world’s largest offshore project. So far, the wind power industry has never seen anything like these leases and is a huge step towards the production of clean energy.