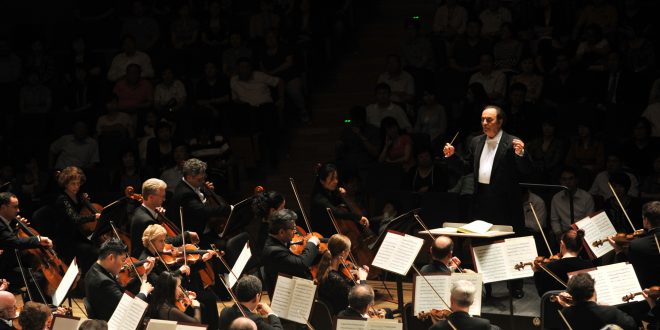 Parts of the Orchestra

Parts of the Orchestra

Orchestras have been around for over 400 years, but they have changed drastically since then. From what began as a group of musicians of around 30 in size in the Baroque era of the 1600s to a group of musicians over 100 in size in the 19th and 20th centuries, the orchestra’s development was caused by new inventions in the ways instruments were built, giving composers the ability to create a much larger, robust sound in the concert hall. Modern day orchestras retain the same basic structure as a Baroque orchestra, but they are much larger and diverse; they have a large string section, a woodwind section, a brass section, a percussion section, and most importantly, a conductor, the leader of the orchestra. Composers use all the parts of the orchestra in conjunction with each other in order to produce a set of unique ideas.

The largest section of the orchestra is the string section, which consists of a massive violin section, a small viola section (the subject of many jokes), a cello section, and a double bass section. Each of the four string sections play different roles in the orchestra. The violins play at the highest pitch out of all three, and are primarily responsible for playing the melody. Violins are perfect for moments of tenderness and warmth, but they are used for all sorts of melodies and themes. However, that doesn’t mean the violins have the melody all the time. The violins can also be responsible for accompanying the brass section, creating a steady harmony while the trumpets pierce through the rest of the orchestra. The viola, though only slightly lower in pitch than the violin, plays much more of an accompanying role in the orchestra, and only occasionally has solos in the orchestra. The cellos play a low pitch, around an octave lower than the viola, while the double bass is even lower. Because these two instruments are responsible for the bass line, they are responsible for harmonizing with the other instruments. However, the cello often has the melody for a brief moment, before passing the melody on to a higher pitched instrument and returning to its harmonic role.

While the string section can be around 60 people in size in many modern-day orchestras, the woodwind section typically only has around 10 to 20 people. The woodwind section consists of the flute and piccolo, oboe, clarinet, bassoon, and occasionally one bass clarinet and contrabassoon. The flute, oboe, and clarinet all play in the high register, frequently playing melodic lines and solos in an orchestral piece. Because the bass clarinet and contrabassoon aren’t always used, the bassoon is the only bass line in the woodwind family. Although all of these instruments are from the same family, they all have distinct sounds that can be utilized by composers.

The brass section consists of trumpets, horns, trombones, and tubas. The brass section really grew in size during the 18th and 19th centuries, when the introduction of valves on the trumpet, horn, and tuba allowed them to play a greater range of pitches. This led to a great increase in the size of the orchestra, and brass was used extensively by composers such as Gustav Mahler and Richard Wagner in the 19th century. Trumpets have the highest pitch in the brass family, and because of their high pitch and their unique timbre, they are able to project a sharp sound through the rest of the orchestra. Trumpet melodies are common, and are typically used for a more broad sound color. Next is the horn, which also plays a large role in the orchestra, especially in the symphonies of Mahler. The horn is lower in pitch than the trumpet, but it’s sound is slightly different from that of the trumpet. It often has a majestic quality to it, and whenever a good horn player plays, the result is usually very magical. Lower than the horn is the trombone and the tuba, which are both responsible for the bass line. Brass are always used to dominate the orchestral sound during a climax, and usually a loud, triumphant ending will involve much of the brass.

The basic four sections of the orchestra, though present in all orchestral music since the 1600s, has changed significantly based on new ideas by composers, a product of the developing music styles from the Baroque era to the 20th century. These parts of the orchestra all play vital roles, and they all work together to produce some of the best music there is.