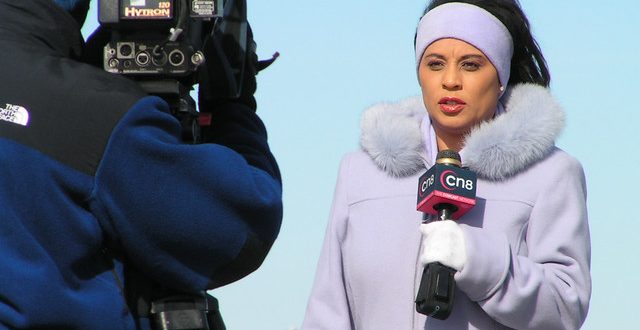 Recently, I embarked on a research project regarding China and its economic policy. I needed to discover and describe the intentions and end results of China’s foreign trade and investment ventures. But before we were sent to Google at our heart’s delight, our mentors mentioned that we should be careful of websites containing “.cn,” or other China-funded websites such as China Daily or Xinhua. They explained that sites like these were comprised of authors that solely extolled China and its actions, assailing Western ideals and accusations while also abetting Chinese corruption and abuse. Indeed, many of the Chinese state sponsored articles contained multifarious vocabulary and rhetoric that unrealistically glorified Xi’s agenda.

Although we were warned to beware of what was supposedly Chinese propaganda, no one mentioned the possible bias within the Western media. With the same logic that causes Chinese sources to report the news to reflect well on their home country, it can be concluded that the Western reporters are guilty of the same bias. This soon became apparent; for example, when I began research regarding the Belt and Road Initiative, I noticed an overwhelming amount of articles demonizing China for its so called “debt trap diplomacy.” The authors described a scenario where China would intentionally overwhelm recipient countries in debt, and subsequently perform asset seizures to gain access to strategic ports, mineral rights, or other forms of influence or control. This same narrative seemed to span for a couple pages of Google, perceptually ingraining the idea of a predatory China in my head.

However, after clicking on a few of the studies, I realized the realities of the so-called “debt-trap diplomacy” were not as grave as originally perceived. Although numerous articles boasted dramatic rhetoric describing the drastic consequences of China’s actions, the holistic studies explained that historically, debt trap diplomacy was actually rarely used within the initiative. Interestingly, even though precedent did not back the wild claims of predatory action, the media tended to express great disdain toward the Belt and Road’s funding practices.

I soon realized that what I had witnessed linked directly into my mentors’ warnings: yes, China did sponsor propaganda and publish wildly biased stories, but the West upholds the same sort of tactic to uphold its own view of global issues. By accusing China of unfairly twisting the truth, the Western world becomes oblivious to the similar techniques used to exploit its own citizens. We need to be cognizant of accusations of bias and lies, as the same source who accused another could be at fault for the same reasons. At times where certain groups use propaganda to point fingers at others for employing the same tactic, it is crucial to take a step back and recognize the flaws in both parties. By heeding the warnings of others to avoid the traps set by their political dissidents, we could be stepping backward into the same fate.

Previous Music: A Form of Creativity
Next Bitcoin’s Energy Usage