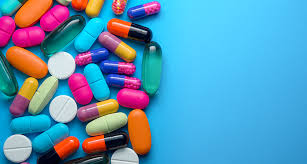 Pseudoscience and Your Health

From phrenology, which claimed to be able to determine human character and mental abilities by the shape of the head, to “patent medicines” in 1800s America, which claimed to cure any number of illnesses, pseudoscientific solutions to human ailments litter our history – and the present day. In general, pseudoscience can be defined as assertions about the natural world that appear to be derived by use of the scientific method, but in reality are not. Where medicine is concerned, pseudoscientific treatments are, at best, likely to be ineffective and, at worst, may be dangerous because ill people are not getting proper treatment.  Many of these treatments may even be based in a grain of truth, making them even more seductive to those in great need. One reason that these pseudoscientific solutions are on the rise is that they make effective “clickbait” on the internet and are time fillers for television news shows. Both these sources present these pseudoscience ideas to the public without actually doing a proper investigation of claims and not providing context.

Pseudoscience is often based on a kernel of truth, which can make it more enticing to the public. In the 1800s, “patent medicine”, which was sold over the counter without regard to effectiveness, became synonymous with the term snake-oil.  Snake-oil had its origins in Chinese medicine. It was an extract of the Chinese water snake, high in omega-3 acids, and was actually useful in controlling inflammation. When American snakes were used in the extraction process, far less omega-3 acids were extracted, making it ineffective for its original purpose. Hence, all ineffective, patent medicines were subsequently labeled snake-oil and those that sold it were called “snake-oil salesmen”.

In our modern world, health related pseudoscience continues to surround us. Some of this is due to oversimplification of the science by news outlets looking for a “tease” to get people to listen to the next segment or buy the magazine/newspaper. When watching evening news shows or talk shows that focus on health, it is common to see reports that show that wine or coffee can benefit health. These reports don’t seem like a problem on their own, but the reality is that the audience may be just as likely to see reports that say the opposite is true. The kernel of truth often is taken much out of proportion or much out of context. One talk show, for example, reported that green coffee beans were a “miracle pill” for weight loss. Digging deeper, however, it is found that the evidence is in part anecdotal. The rest is from a small, poorly blinded study that was not registered with clinicaltrials.gov.

More insidious is the “marriage of snake-oil and multilevel marketing”. An example of this is the a claim that a coffee mixed with ginseng provides even more health benefits. A clue to the lack of strong scientific data comes from vague claims, such as the product being “a key source of health and well-being.” While ginseng on its own has many supposed health benefits such as benefits for chronic fatigue syndrome and erectile dysfunction, the rationale of adding it to coffee does not have a basis from clinical testing. Marketing to sell these products are all about creating income opportunities, not for benefiting the health of the customer.

Pseudoscience is a problem that has been seen in the past, and it is not going away anytime soon. However, by looking deeper into the products you are buying or researching further into the studies presented by news shows, you can prevent yourself from being duped. You many not only save a few dollars, but you can also make sure everything that goes into your body is tested to be beneficial for you.

Previous The Sun-Earth Connection: Heliophysics
Next Back to the Future: The Movement to Sustain Our Planet