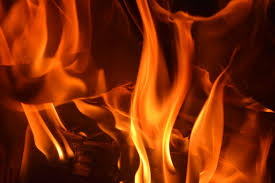 White haze, blue masks, blood red sunsets. For the last few weeks, the California Camp Fire has burned 150,000 acres, claimed 76 lives, and left 993 others unaccounted for. The flames have wreaked havoc over the coastal state, with unaffected areas experiencing heavy smoke. The sudden disruption has devastated the air quality, forcing various school closures and event cancellations. Due to the harmful effects of inhaling the smoke, it has even been advised not to go outdoors at all.

In California, often inhabited by those more financially well off and looking for a comfortable place to stay, danger is scarce. That means that this sudden change––the idea that deadly fires could be just a few miles away––is almost unbelievable, or people just don’t want to believe it. The fire has burned down entire houses, entire cities, entire lives. It has taken from people all they ever had, sparing their lives for the lucky ones. But in California, lovingly associated with palm trees and paradise, imminent danger is still nearly impossible to fathom. Those unaffected likely perceive themselves in a sort of bubble, merely looking at the destructions others have experienced, self-assured that they themselves will not have a similar experience.

It’s important for those unfamiliar with danger to realize that it is a real threat. Most significantly, we should all be prepared for when disaster might strike. Merely thinking that because we’ve never been affected, so we never will, isn’t adequate protection for the harsh nature of natural disasters. The bubble mindset can also be damaging; no one lives in a shielded bubble, even if it might seem like so. Always being prepared and on the lookout can be extremely beneficial.

Our mindset is obvious when we see children excited for the cancellation of school, not because they can now avoid air quality, but because of the mere act of skipping school. Unintentionally, their joy becomes a grave reminder of our ignorance and neglect to real issues beyond our lives. Schools close down because the fire that has endangered thousands has produced smoke that may be harmful to us. We’re lucky to only deal with the aftereffects as opposed to facing the brunt of the disaster. Students should realize the devastation the fire has caused across the state, rather than blatantly celebrating the cancellation of their school classes. It’s easy to be happy when we don’t have to sit in the same place for six straight hours, but it’s also important to give those affected by the fire the respect they deserve.