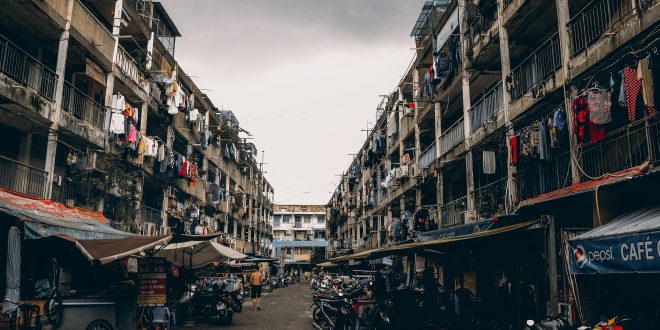 The Exposed Victims of Climate Change – The Poor

The people who deal with the toxic chemicals of E-Waste are the poor. Millions of E-waste that contain toxic substances such as “lead, mercury, cadmium, arsenic and flame retardants” are exported to poor countries in Africa and Asia to be recycled. However, these developing countries do not have the money to follow formal recycling practices as in developing countries, so instead rely on methods of burning, burying, and discharging E-Waste into waterways. The release of toxic fumes from the burning of E-Waste is not only harmful for the environment, but also detrimental to the health of those that deal with the E-Waste.

Similar to the toxic fumes of E-Waste, the pollution created during the process of plastic production harms the health of the poor that live alongside such factories. Plastic production is not the only source of toxic particles. Refineries, power plants, and even car exhaust greatly contribute to the exposure of toxic chemicals in lower income regions as well. The toxic particles that are exposed to people depend on the source of the emission, but may include nickel, vanadium, zinc, and nitrates, which can affect lung health and even mental development.

The poor also face the devastation of environmental disasters such as flooding and drought. When such catastrophes hit, it becomes extremely difficult for the poor to bounce back.

Additionally, as crop yields are affected by climate change, the poor will be the first to suffer from malnutrition.

Overall, the devastating impacts of the environmental issue presents itself as a great obstacle to the poor. However, poverty also contributes to the environmental issue through deforestation, improper waste disposal, pollution, exploitation of natural resources, and poor water management. In order to break this cycle, we should focus on education on proper means of living and work to mitigate the effects of environmental problems on the poor. There should be no “blame game,” but rather a collective effort to work together and ensure a healthier future for our planet and for the human race.

Previous Bedbugs
Next Is technology good for us?