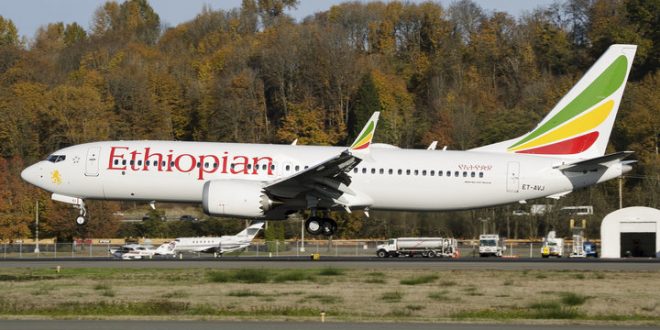 Ethiopian Airlines Flight 302 crashed on March 10, 2019, six minutes after takeoff. Unfortunately, all 157 passengers on the plane were killed. It is the second airplane accident in the world related to the Boeing 737 Max 8 after the first accident which caused 189 deaths in the Java Sea on October 29, 2018.

The reasons for both plane crashes are still being investigated, and this accident has caused many countries including China and the United States to ban the use of all 737 Max 8s. The grounding of the best selling plane on Earth has caused a lot of flight cancellations and delays.

Based on new satellite data about the Ethiopian crash, investigators suspect that the two plane crashes are similar and stumbled upon the same failure.

Investigators estimate that the two crashes may both have been caused by a failure of an angle sensor on the outside of the plane, which could have triggered the newly developed system called the Maneuvering Characteristics Augmentation System, or MCAS, that forced the plane to face nose down and eventually crash.

Boeing CEO Dennis Muilenburg has announced that Boeing will continue to support the investigation of the two plane crashes and will evaluate the information when it becomes available.

Previous Arizona High School Under Fire From the ACLU
Next Overthinking