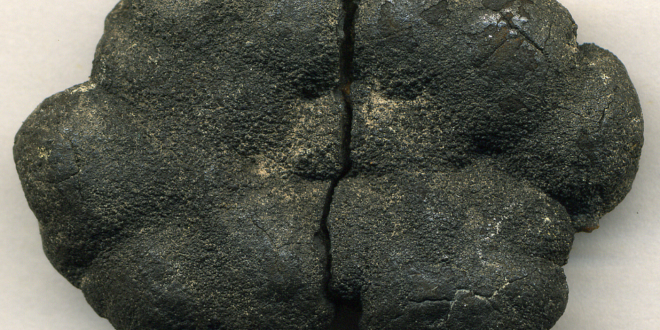 Pelagite: A manganese nodule found in the deep seafloor – can be used to enhance rolling and forging qualities

As technological development approaches its pinnacle, the world’s supply of precious metals such as nickel are running out at an unprecedented rate. It is becoming increasingly difficult to mine for these metals on the surface of the Earth, but this problem is not going to stumble the overwhelming technological trend. In order to solve this issue, industries are mining the deep sea that is largely unexplored. The successes of pioneers in mining the deep sea motivated the mining industry to actively pursue this path. Nonetheless, with great resources comes with great consequences, and researchers are gathering some data that may suggest an end to its investment.

The International Seabed Authority (ISA) was established in 1994 under the United Nations Convention on the Law of the Sea, or UNCLOS III. The agency is responsible for the sole purpose of regulating deep sea mining in regards to its environmental impact. Mining contracts were issued with an understanding that biodiversity loss will be inevitable, but it must be kept within a permitted range. Nonetheless, deep sea ecosystems are already disrupted by global environmental crises such as climate change and ocean pollution. These issues are becoming more and more severe every day, and biodiversity in the deep sea becomes greatly endangered as a result. The ISA is actively reassessing the issue and reaching new conclusions about deep sea mining and how it should become more stringent to minimize its toll on the deteriorating deep sea biosystem.

As the ISA carefully monitors marinological data and evaluates the various environmental factors which may fluctuate along with deep sea mining, countries and investors are already taking actions and showing their perspective of the issue. Many countries urge the ISA to update its regulations so they can rapidly adopt the policies and start excavating for raw resources. Surprisingly, the Chinese government, which has been notorious for its arrogance on the topic of environmental protection, repeatedly announced to the ISA that it needs some time for careful considerations before deep sea mining can be implemented. In fact, the China Ocean Mineral Resources Research and Development Association, or COMRA, recently started the development of a Regional Environmental Management Plan (REMP), which includes statistical and scientific reports of an area in the western Pacific where China, Korea, Japan and Russia have exploitation claims for cobalt crust mining on seamounts.

With the future of the sea in their hands, the ISA once again fails to reach a consensus on regulations concerning the controversial issue of deep sea mining. The most recent meeting of the ISA Council, which ended on July 29, resulted in more confusion about the release of a new standard code for deep sea mining. Although the ISA expect the “Mining Code”, which is a set of deep sea mining regulations, to be complete in 2020, the Council decides to postpone the consideration of its draft regulations to its 2019 meeting. ISA’s incapacity to reach a conclusion may be delaying the disruption of deep ocean ecosystem by restricting the exploitation of its metals. However, the postponement is angering delegates from ISA’s 168 member nations. Nations such as India have been allotting areas in the sea for exploitation of metal nodules, and the release of mining regulations is highly influential to these nations’ overall economy.

Despite ISA’s indecisiveness, it has already issued licenses to 29 corporations, companies and organizations to explore the deep sea for minerals. The progression of technology is inevitable, and so is the exploration and exploitation of the deep sea. It is unlikely that the ISA will have the ability in the future to effectively regulate and control deep-sea mining. It is therefore up to the local governing bodies and communities to consider environmental consequences of deep-sea mining, instead of blindly following an international “mining code” which contains overgeneralized environmental assumptions. Countries like China and India area already looking forward to deploying their own protective strategies to mine the deep sea, and let us hope the mining industry will cooperate and collaborate with local communities to effectively protect our ocean.