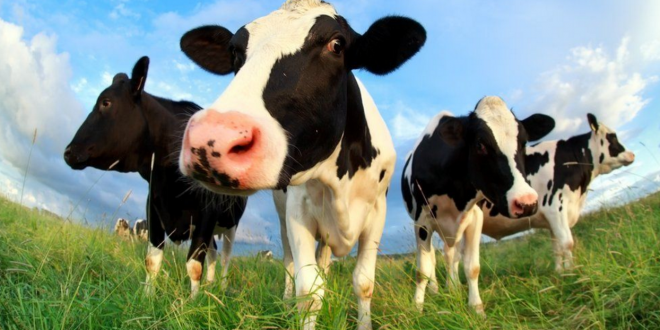 Turn Your Attention From Cars to Cows 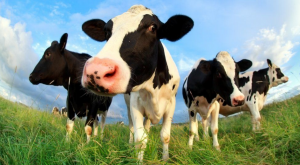 There’s no doubt you’ve driven by a barren field or on a lone mountain during a road trip and smelled the scent of cows. Perhaps you were sitting in the backseat just about to fall asleep when the scent hit you. As we all know, it’s not a pleasant smell.

What you’re smelling is the methane produced by cows. Somewhere in their digestive processes, the bacteria that decomposes food also produces massive amounts of methane. Experts say that cows can produce anywhere from 25 liters to 140 liters of methane each day. Cows contribute to a significant portion of the methane in the air, and statistics show that that proportion could increase by 60% in just 23 years. Additionally, when cow manure decomposes, it releases harmful toxins into the air. Harmful toxins combined with methane means that cows produce pollute earth more than cars!

The issue is that we have become accustomed to using and consuming beef/cows, so it’s nearly impossible to reduce our cow population. We must choose between having no cows with clean air and having cows with a polluted world. Obviously, we can’t just get rid of all the cows and stop beef consumption; so what can we do?

A study in 2007 found that garlic in cow feed can reduce methane production by half! Researchers, however, have yet to conclude if garlic affects the quality of the cow meat or milk or causes cows to have bad breath. The question is whether or not we are willing to add the extra expense of garlic to all our cow feed.

Scientists have also developed a pill that can convert cow methane into glucose in the cow’s first stomach. The issue with this, however, is that the pill needs to be taken at very specific times of the day, a task not necessarily feasible, given that cows roam around free for the majority of their day.

Recently, new technology has enabled some to actually “grow” their own cow meat that supposedly tastes the same and might even be better than actual beef. Researchers, however, have not confirmed this as a feasible solution to cow methane problems.

A permanent solution to methane pollution has yet to be discovered, but what we can do for the time being is to cut back on beef consumption and advocate for more research to be done.

Cindy is senior at Henry M. Gunn High School and is incredibly honored to be a part of the Rising Star Magazine team. She enjoys belting out Disney songs, playing piano, watching Chinese dramas, and babysitting. Cindy serves as California DECA's VP of Silicon Valley and is also the singing teacher at FCSN and the President of HEARTS Nonprofit. She can be contacted at cindy@risingstarmagazine.com
Previous Self Control
Next Will iPhone X Improve Apple’s Market Share?