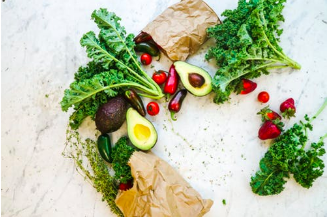 When asked on how they can help the environment, most people reply with something along the lines of “buy an electric car”, “eat organic food”, or “save water and reduce usage of electricity”. However, scientists say the best way to help the environment so far is veganism.

Veganism is a lifestyle, where one doesn’t consume any animal products. This includes meat, fish, honey, dairy, and gelatin. Most studies and journals show that though electric cars and organic food can help the environment, veganism is the way to go if you want to create a lasting impact. Although we only get 37% of our protein from animal products, livestock takes up 80% of our farmland. Not only do they take up a lot of space, they are also responsible for 60% of greenhouse gasses.

For more added perks, veganism also can also give you assorted health benefits. A large portion of Americans are affected by diabetes, which can easily be avoided if we cut down on red meats and sugar. The American Journal of Clinical Nutrition say, “Vegans tend to be thinner, have lower serum cholesterol, and lower blood pressure, reducing their risk of heart disease.”

If science doesn’t convince you that veganism can help you in the long run, going vegan is also proven to save you money. Studies show that giving up meat and moving on to a plant based diet can save you almost $750 per year.

However, veganism is extremely hard to adhere to. Some restaurants have low to zero vegan choices, and though there are replacement meats and dairy, it still won’t be the same. Not only is it hard to transition from a non-vegan diet to a vegan one, people these days have a lot of dislike for vegans. This mainly stems from the actions of extreme vegans, people who scream “Meat is murder!” and generally, try to force their lifestyle on others.

Though there are downsides to veganism, the pros outweigh the cons, and generally going vegan is better for your health, wallet, and for the environment.