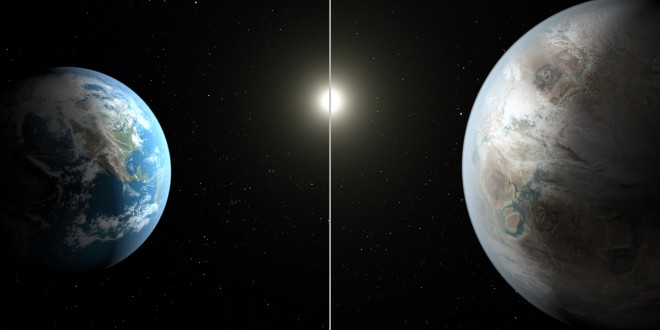 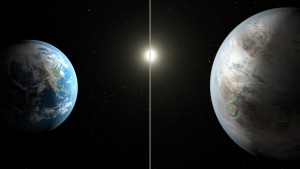 NASA publicly announced the discovery of a planet, with seemingly livable conditions, This planet, the Kepler-452b, is like a 2nd Earth is in the habitable zone of the sun, along with similar conditions of the Earth. This planetary body is the most Earth-like planet to have ever been discovered, and is relatively close.

Kepler-452b is 1400 light-years away from Earth, is around 60% bigger, and would take around 385 days to orbit its own star. Although the Kepler-452b has five times the mass of Earth and its gravity is two times stronger, it is possible for life to be on that planet, if conditions are optimal. The slightly warmer atmosphere of this new planet suggests the possibility of water, along with vegetation. Humans and plants could potentially live here in the future, if not for the great distance. Due to the higher gravity, the terrain of the planet would consist largely of active volcanoes and mountains.