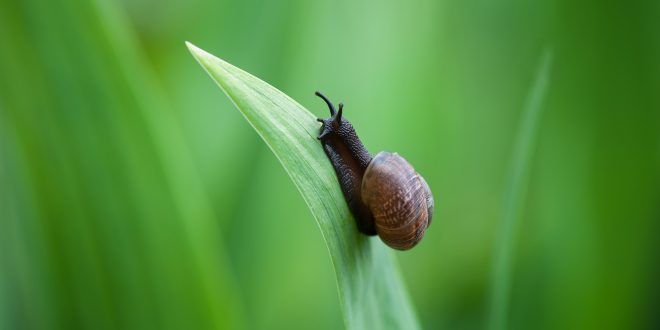 Snail in the garden crawling on a green leaf of grass

Significantly, this unusual superglue overcomes a problem that researchers in the field have been trying to solve for decades. In the past, the glue has been either weak and reversible or strong and irreversible, but it has never seemed to be strong and reversible.

This new glue mimics a technique used by snails to prevent dehydration in dry weather. Instead of just gliding over a wet layer of slime, the snail creates a hard, dry layer of slime that locks in the grooves and pits on the surface it touches. The hardened membrane prevents the snail from losing too much water.

Under wetting conditions, the hydrogel penetrates diffuses into small cracks and contours on the surface. But when it dries, it will locks in place quickly. Experiments with the new glue have shown that it is surprisingly strong when dried, but when water is added, the superglue quickly softens and unbinds. Laboratory tests have shown that the glue can be applied to the wings of butterflies, and then water can be added to separate the wings without damaging the extremely delicate tissues.

Unlike the glue we normally see, superglue is not liquid that can be squeezed out from a tube, but coated on small, thin wafers with tiny channels through which water can flow in and out. The glue dries naturally in the air and can then be separated by a spray of water. Of course, the downside of super glue is that it uses water to dissolve, meaning it can only be used in dry conditions.

The implications that this new technology may have on the world in the next few decades is unimaginable. It could become a cost effective way to improve infrastructure. It may be a contributor to new inventions that require a very strong adhesive. It might even allow for functions in our daily life, such as gluing a portrait to a wall or fixing a door frame. These new inventions are what are keeping our society moving forward, and it is exciting whenever a new product like this comes into life.

Previous Labor Shortages at the Face of Natural Disasters: FEMA is Stretched Thin
Next How I Created a Club in High School