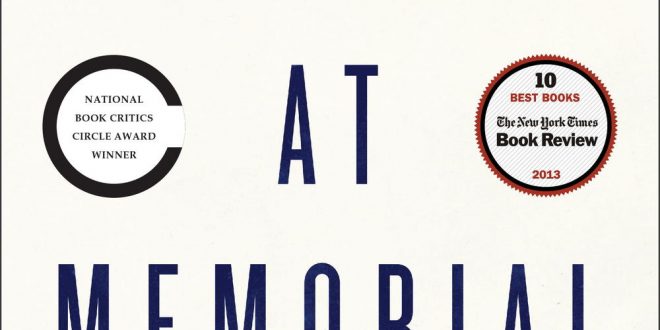 On August 29, 2005, America’s costliest natural disaster made landfall and wreaked havoc on New Orleans, Louisiana. We’ve probably all seen pictures of Hurricane Katrina and the massive destruction that ensued, ravaging New Orleans. However, there was one tragedy that went largely unknown: the morally ambiguous decisions made by medical experts of Memorial Medical Center in Louisiana during Hurricane Katrina. This is the subject of Sheri Fink’s Pulitzer Prize-winning book, Five Days at Memorial: Life and Death in a Storm-Ravaged Hospital. Drawing on her journalism background, Fink investigates the life-and-death decisions made by a group of individuals in Memorial Medical Center.

As New Orleans was flooded by Hurricane Katrina, Memorial Medical Center found itself in a state of anarchy. Memorial’s generators failed and cut out electricity, life-support systems shut down, food and medicine ran low, and the building became almost a war zone. Memorial’s directors sought to contact the parent company Tenet as well as the government to help with the evacuation process, but neither Tenet nor the government provided an adequate response for a swift evacuation. Fink describes the evacuation process in detail, implying that Memorial’s decision to evacuate the sickest patients last was unfounded while also criticizing Tenet and the government for their inefficient response.

On the fifth day after Hurricane Katrina hit New Orleans, the doctors at Memorial Medical Center were forced to make a morally ambiguous decision. Some doctors were convinced that the most critical patients, those with Do Not Resuscitate orders, would not be able to survive, including Dr. Ewing Cook and Dr. Anna Pou. As such, Dr. Pou as well as a few other nurses made the decision to administer lethal doses of morphine and other sedatives to the remaining patients.

Several months later, Dr. Anna Pou and two other nurses were arrested and charged with “principal to second-degree murder.” However, after public outlash over the arrests, a grand jury agreed to acquit Pou and the two other nurses in 2007. Yet, the controversy still remains: should the doctors have been given the ability to “play God?”

In Five Days at Memorial, Fink does a great job in presenting the two sides of the situation. She portrays the hospital workers as diligent and dedicated, but also describes in detail the vibrant and personal lives of the patients who died during the disaster to arouse pity. In addition, she doesn’t put the blame solely on one party, as she divides up the blame among the government, Tenet, as well as the medical staff. Fink refuses to weave all of these into one convincing argument, instead leaving the judgment up to the reader.

Fink is nuanced in her on view of the situation, and presents more questions than answers. The questions that Fink poses are vital for all medical experts to answer to avoid a repeat of what happened at occurred at Memorial Medical Center. While there are no definitive answers, there is no doubt about the book’s impact in the medical field.