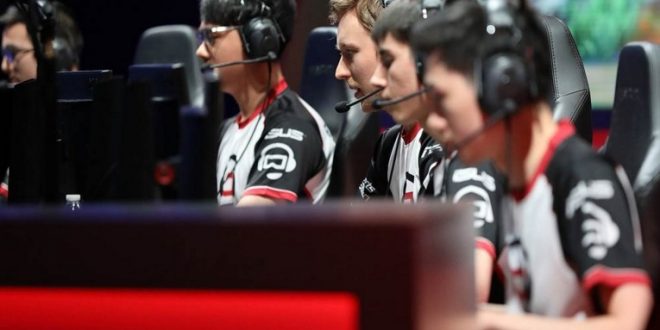 From their conception, video games have been a heated point of contention between kids and their parents. Parents felt genuine concern when their children played into the early hours of the morning. Often times the children themselves wouldn’t even realize the time until afterward. But now, that might all change.

Esports – professional video gaming – has remained typically out of the mainstream public eye for decades. In the early days, there were local gatherings and competitions, but any national organization regulating competitions were few and far in between. Now, however, Esports has quietly grown into a billion dollar industry outside of the public eye.

In 2016, the video game League of Legends had a national championship which drew the eyes of over 43 million people and had a total prize pool of one million dollars, not including sponsorships or other income sources which totaled over 25 million dollars if you won the world championship.

All of this popularity has trickled down into the education system, as public and private colleges are now offering video game scholarships. In fact, according to Michael Brooks, Executive Director of the National Association of College eSports, “There’s a phrase out there — esports is the wild, Wild West, It was very true, and is still true to a certain extent right now. But consolidation is occurring in the amateur and pro-space very rapidly.”

Now obviously, these college scholarships are a new phenomenon, as professional video games have existed outside of the mainstream for over 20 years, but there is slowly more understanding of this culture.

According to Kurt Melcher, Robert Morris University’s director of eSports, “I put a proposal together and brought it to our administration. I did get a little bit of eye-rolling or shrugging at first.” But that was several years earlier. As of now, the program anticipates around 90 students that will be playing five different titles.

Slowly but surely, video game scholarships offered by colleges will increase proportionally with the eSports industry, just as the colleges ride the coattails of fiscal success from other industries, such as the NBA or NFL.

Previous How to Improve Productivity
Next Apple’s Questionable Future