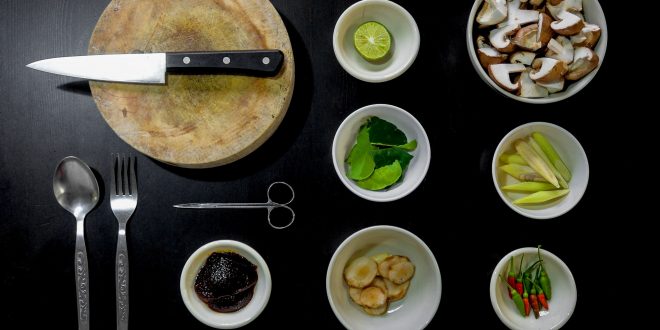 Before the Neolithic Revolution, men and women took equal parts in hunting and gathering in order to feed themselves and their families. However, after the Neolithic Revolution, women have been placed in the house to care for children and to cook, while men spent their time outside farming and doing the heavy lifting. Because of the division between tasks, cooking and cleaning became a standard for femininity. Due to this standard, men who cook became seen as feminine.

Society generally sees women who don’t know how to cook as a ‘bad woman’. Since girls are raised to eventually take care of their family, a girl who didn’t cook was seen as inept. Although this mindset is changing, some people still expect all women to be great cooks even though in many families and restaurants men are the chefs. However, some people will enjoy the chef’s food but see them as weak and not masculine. In America, many people end certain jokes with, “…and I said, ‘Go make me a sandwich!’”, referring to how they still believe that women should stay in the kitchen. However, when said to a man, the person telling the man to make a sandwich is saying that the man who cooks is becoming a woman.

However, cooking is something everyone should learn to do. Whether you have someone who cooks for you or if you live alone, cooking is a basic task that people need to do to stay alive. Both men and women who don’t know how to cook should learn, as they can’t be dependent on someone else to cook for them forever. For example, although my grandma cooks most of the time, my dad is also an accomplished home chef who is capable of feeding himself and his family. On the other hand, my mom used to never cook, but when both my dad and grandma went back to China, she realized that cooking was essential and began to learn.

Essentially, after the hunting and gathering period ended, women ended up in the kitchen, which became seen as their ‘territory’. After a patriarchal society was implemented, women were expected to cook, even if some men are better at it. However, the men who can cook are looked down upon for being feminine even though cooking is a survival skill and not something that defines masculinity or femininity.