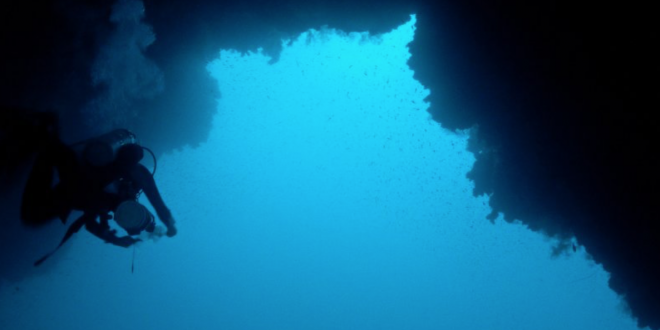 Dispatches From the Bottom of Belize’s Blue Hole

Belize’s Blue Hole is the world’s largest sinkhole, measuring 300 meters wide and 125 meters deep. In 1971, Jacques Cousteau put the Blue Hole on the map and made it a research and exploration site. Now, in 2019, a mission was led to reach the bottom of the hole. Fabien Cousteau, the grandson of the underwater explorer Jacques Cousteau, was on the team.

The group started the trip in December 2018, with determination to discover the mysteries at the depths of the Blue Hole. The team used a total of 2 submarines in their expedition, obtaining new footage of the mysterious Blue Hole. According to Bergman, one of the “crazy” things about the Blue Hole was its Hydrogen Sulfide Layer. This layer was roughly 300 feet and was responsible for the loss of light. In short, this layer was responsible for making the depths of the Blue Hole dark.

One could think that this layer would ruin the expedition’s objective, but no. Thanks to a high-resolution sonar, the team was able to take a look at the details of the sinkhole. The Hole was surprisingly neat and clean. A very little human impact could be seen in the Blue Hole. According to Bergman, only 2-3 plastics could be seen in the hole.

However, even though 2-3 plastic pieces may seem few, for a large sinkhole, these plastics show that even some of the remote and protected places on Earth are affected by human activity. The Blue Hole is home to to many different reef sharks, tropical fish, and coral. The wildlife at the Blue Hole needs to be protected.

Previous Is There Such Thing as a “Superfood”?
Next Third Degree Essay