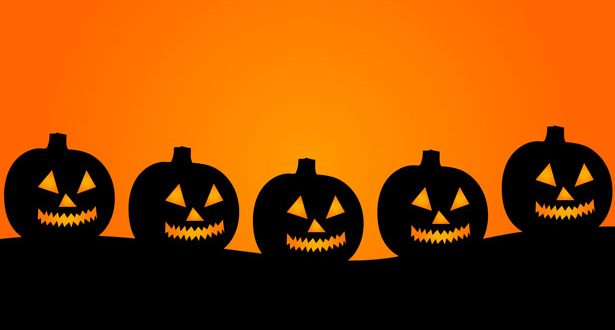 Recently, millions of Americans of all ages and backgrounds celebrated Halloween, a beloved holiday associated with trick-o-treating and the donning of creative and extravagant costumes. This spooky holiday isn’t alone, however. Certain days such as Thanksgiving, Christmas, Valentine’s Day, and many more hold a special place in American hearts. But where and how did these holidays originate?

Let’s take Halloween as an example. This holiday occuring every October 31 evolved from the ancient Celtic holiday of Samhain. They believed that the ghosts of the dead returned to earth on this day, and they dressed up in fear-inducing costumes and lit fierce bonfires to ward off these ghosts. However, it is clear that not everyone celebrated this festival. It wasn’t something everyone believed in or could relate to. This is true for many other holidays as well. Christmas, for example, originated in Christianity, but is now much more widespread and often celebrated in families who don’t believe in Christ whatsoever. In fact, America is one of the most diverse countries in the world, and yet, when we think of prominent holidays that originated from very specific groups, we view them as national events rather than isolated cultural ones. We notice people of all backgrounds celebrating them regardless of their belief in the actual origins of these festivals.

As a result, holidays have become nationally accepted and recognized. During Halloween, most American households know to purchase candy to hand to expecting trick-o-treaters, usually random children in fancy outfits knocking on their front doors. During Christmas, people bring very specific types of trees into their houses, decorate them with various plastic items, and even listen to Christmas music, a genre never played at any other time of the year. Critically, everyone is “in” on these rituals, routines that everyone knows how to do. It’s almost amazing to think about, that the entirety of a country could be behind what’s similar to an “inside joke,” where unexplainable actions are understandable to literally hundreds of millions of people. It’s a beloved phenomenon, however, as holidays give us a much needed interruption in our seemingly endless routine of work, sleep, eat, repeat. It also gives us something to look forward to, as holidays are almost always positive and involve entertaining events and activities.

But why could this be? How does a holiday from a seemingly isolated background spread to the majority of the US? This phenomenon is almost impossible to explain. Maybe the group that started the trend just comprised a large portion of the population to begin with. Yet that seems unlikely. It might be easier to draw conclusions by observing American behavior now. For instance, in Asian families with immigrant parents who celebrate Halloween or Christmas and yet don’t believe in the intended symbolism behind the holiday, why do they? Is it because they found the celebration entertaining, and decided they would try their hand at it? Or is it because of the bandwagon effect: since everyone else was doing it, they thought, why didn’t they try their hand at it too?

Regardless of how it started, America’s beloved holidays are here to stay. And that’s definitely not a bad thing.

Previous Daylight Savings
Next The Dark Side of Social Media