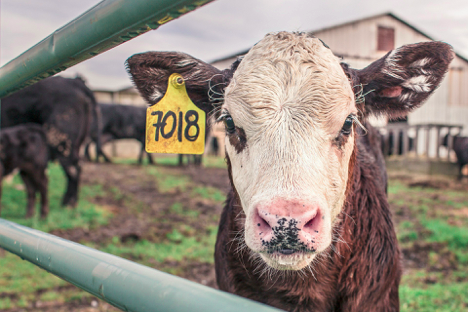 With increasing sea levels, rising temperatures, record-breaking heatwaves and more, it has been clear that human activity is responsible for Climate Change and that Fossil Fuels are the major cause. However, the majority does not know one of the major producers of Greenhouse Gases, Animal Agriculture.

Many domestic ruminants have a four-chambered stomach, including a fermentation vat, called the rumen, that makes it possible for the animal to break down food into cellulose using microbes. The problem is that this problem creates methane, a powerful greenhouse gas, meaning it traps heat instead of letting pass through. Livestock accounts for almost 18% of the world’s greenhouse gases emissions, with the rest being from oil extraction and combustion.

In addition, livestock occupies an enormous space to breed, feed and grow, which makes deforestation accelerate as our increasing need for food increases. The effects can be seen in rainforests such as the Amazon.

As livestock grows, they consume more, leaving vast grasslands empty and shallow, forcing people to replace deep-rooted plants with others that die yearly. Therefore, the plants have less ability to store carbon in the soil, which means a lot of carbon is left in the atmosphere to capture the sun’s heat.

Just in the Western United States, 25 million acres have been damaged by livestock, but restoring all that land would offset about 23% of the United States’ carbon emissions.

This is why some people go vegan: it reduces the amount of greenhouse gas emissions, and now you have a reason to reduce your meat or animal-product consumption.