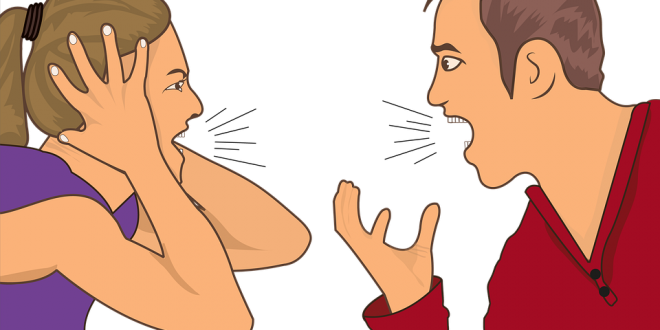 Everyone gets into arguments at some point in their lives: it’s impossible for one to interact with others without once disagreeing. And although these arguments can be professional or petty, it’s the ones that are the most personal and close to our own emotions and experiences that can be the most precarious. These uncomfortable situations can cause tension and hostility, a situation that is detrimental to everyone involved. So the burning question is, how do we deal with these conundrums once we’re already stuck in it?

It’s important to recognize that many of these sticky situations occur because of a misstep that may have been the fault of one party or multiple parties involved in the conflict. At this point, it’s easy to push the blame onto the other or to point out the faults of the other party. In fact, doing so is almost a knee-jerk reaction. On the other hand, when we are the victims of such accusations, we tend to assume a defensive position and hurl opposing claims the other way in an attempt to deflect the blame. The result is an unproductive crossfire of allegations that don’t go anywhere.

Instead of succumbing to impulses, the most strategic move is to look for the most productive path ahead. Even if it means accepting unjustified blame, constantly trying to deflect accusations can be time-consuming and ineffective. If the other is just trying to preserve their dignity and is immune to logical arguments, intensifying the conflict does no good. At the point where any damage has been done, the best way forward is to figure out what can be done to repair the damage that has occurred. Although it is extremely difficult to let one’s dignity take a hit, sometimes it is necessary to bring about the best outcome for everyone in the long term.