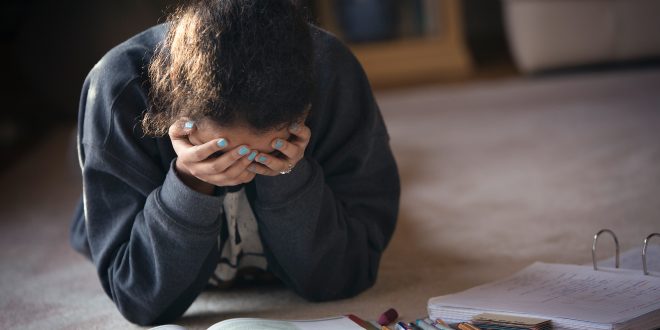 As any Gunn student may know, sleepless nights are a part of the “Gunn experience”. Whether you are doing homework, playing video games, finishing a painting, watching a movie, facetiming friends, or cramming for the SAT, most (if not all) Titans would agree that somewhere along the line bedtimes became a foreign concept. Some deal with the near constant fatigue by sleeping through the weekends, nursing caffeine addictions, taking “power naps” during boring lectures, imposing tried-and-true procrastination techniques, or a combination of them all.

Thanks to the well-meaning warnings from teachers, parents, doctors, and other adults, we all know that being sleep-deprived can lead to a weakened immune system, stress, difficulty concentrating, and other scary, end of tv commercial-type side effects. But what really happens when you do just one more problem or go over just one more flashcard when everyone else in your house is asleep?

According to “William Dement, MD, PhD, founder of the Stanford Sleep Disorders Clinic  . . . ‘It’s a huge problem. What it means is that nobody performs at the level they could perform’” (https://med.stanford.edu/news/all-news/2015/10/among-teens-sleep-deprivation-an-epidemic.html). Be it on the test you were cramming for, or your extracurriculars later in the day, lack of sleep might just do more harm than good. Extreme anxiety, high risk for diseases like heart failure and type-2 diabetes, and even obesity are all possible results of long term sleep deprivation. So, even if the sacrifice may seem worth it in the moment, is putting yourself and your health at risk really commensurable to another half an hour of work?

Even as I sit here writing this, the time on the clock reveals me to be a hypocrite. How can I write on the importance of sleep at 1:30 a.m. and still believe in what I say? In all honesty, it takes time to break the nasty (lack of) sleep pattern that I and so many of my peers have fallen into, but it is making an effort, at least, that counts.