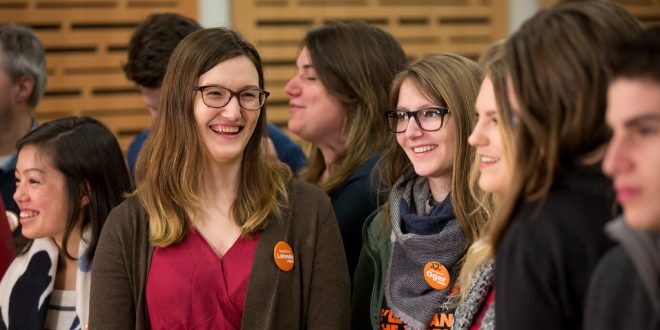 Almost every school has some sort of student government, such as ASB (Associated Student Body), or an informally elected student council for each grade. Elections for these student representatives are often labeled “popularity contests,” as many students vote for their friends rather than the candidate they think has the most potential. So is that really all student council is – a popularity contest? And if so, does this negatively impact the contributions of student representatives?

It is important to keep in mind that the election process for student representatives differs widely from school to school. In a smaller school, the candidates’ classmates would know each candidate very well, and would be able to vote based on what they know of their characters. However, the same issue of familiarity opens the door to the possibility of students voting only for their friends, or only for the popular kids in the grade. In a larger school, students may not know the candidates as well, and would therefore be forced to vote based on their campaigns rather than personalities. However, it is still possible that people might vote for familiar faces or friends.

This begs the question: is it really all that bad to elect the popular people? In many cases, people who are labeled as popular by their fellow students are involved in many activities around campus, and are constantly involved. These people, therefore, have a natural tendency to be elected to student council, as they are clearly engaged in school, and can relate to their classmates. However, this is not necessarily always the case – students who are popular aren’t necessarily good leaders.

In the end, the most important quality of a student council is enthusiasm – if class leaders aren’t spirited, then chances are, they won’t do a good job infusing their fellow students with excitement about school events and activities. Whether these representatives are popular or not, as long as they are truly engaged in what they are doing, and make an effort to involve their classmates, they have the makings of a great student government.