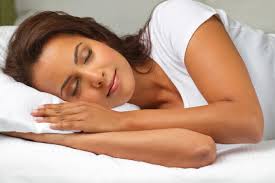 To Sleep or not to Sleep: Technology’s Adverse Effects on Sleep

Ever since early humans controlled fire, we have been able to extend the day by using artificial light. As technology has developed, the night has essentially become optional to people. However, as shown by many studies, this is not ideal for one’s health.

In modern days, the use of electronic devices in the bedroom before sleep has increased significantly.  A poll by the National Sleep Foundation shows approximately 95% of Americans use some electronic device within an hour of going to sleep. Though it may not seem like it, technology can easily interfere with a good night’s sleep.

The pineal gland, tucked behind thalamus between the brain’s hemispheres, has a simple task for allowing us to sleep. It produces melatonin, a hormone that regulates sleep. As the sun sets, it starts producing melatonin, shoots up to a maximum in the middle of the night, and then diminishes as the morning approaches.

The use of electronics before going to sleep prevents the pineal gland from producing melatonin because of the presence of light (specifically blue light) during night. When one looks at the screen of an electronic device, the pineal essentially thinks that it is day time because of the presence of blue light. Because the pineal gland will produce melatonin later than normal, the body’s normal sleep cycle can be disrupted.

Playing video games before going to sleep also disrupts sleep. Playing video games makes your body tense, producing a flight or fight response that causes the production of cortisol, a stress hormone. The longer video games are played before sleep, the lower the quality and quantity of sleep.

Though it may not seem like it to some people, sleep deprivation can lead to all sorts of problems. Since sleep plays a huge role in thinking and learning, chronic sleep loss can result in impaired attention, alertness, and problem solving. The toll that sleep deprivation takes on people’s cognitive and mental health makes it important that people get enough sleep. Even a single night of no sleep can heavily impact how well you perform

Teenagers are probably the most susceptible to this. Teenagers already have messed up sleep schedules; they stay up late at night and sleep through the morning. Not to mention that teenagers are known for being glued to their electronic devices. Nonetheless, all these pieces of evidence probably won’t do much to change their minds.

Previous Environment
Next Welcome to Our School Production of…