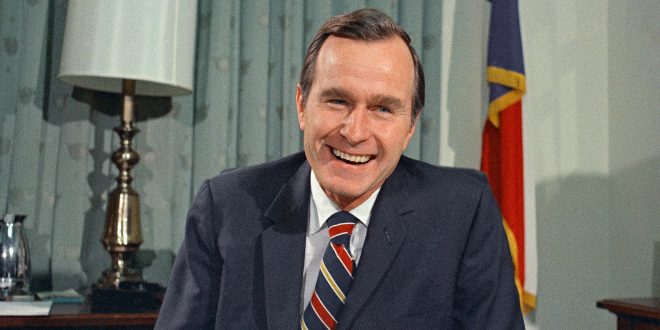 The 41st US President George H.W. Bush, 94, died on November 30, 2018. He is buried in the George H.W Bush Presidential Library and Museum, next to his late wife Barbara Bush and his daughter.

President George H.W. Bush’s life of service contributed immensely to the U.S. and its people.

As a college student, Bush postponed his studies after the attack on Pearl Harbor in 1941. He enlisted in the US Navy on his 18th birthday and became one of the youngest aviators.

After the war, he founded an oil company in Texas, and later started his bid for state senator in the Texas House of Representatives.

Later, he was appointed by President Ford to serve Chief of the Liaison office in China and then the CIA Director. During his presidency, he ended the Cold War, which previously lasted for nearly half a century. He was instrumental in strengthening the U.S.-China relationship in the 1970s.

President George H.W Bush left a great legacy, respected by not only Americans, but by people across the globe.