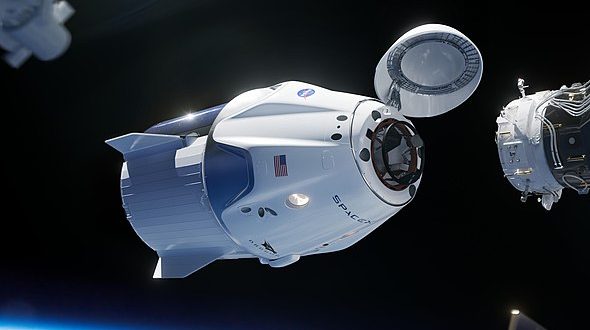 Recently, on March 2, 2019, SpaceX launched it’s Crew Dragon capsule, and successfully docked with the ISS (international space station). The Crew Dragon capsule is actually an enhanced version of their Dragon capsule, which had already been ferrying cargo between Earth and the ISS on sixteen separate occasions now. Although it can carry up to seven passengers, the successful mission on Saturday used instead a replacement dummy. But now, after the capsule has undergone two missions without failure, SpaceX is looking to finally send astronauts into space.

Blasting off from Kennedy Space Center, Florida, at 2:49 a.m. ET on Saturday, the capsule coasted it’s way towards the ISS, affixed on top of its Falcon 9 booster. The capsule made several maneuvers to ensure it could line up with the specialized docking adapters, which the ISS uses. Both the capsule and the ISS were travelling over 17,500 miles during the docking maneuver, making this both difficult and dangerous. Although the Crew Dragon achieved soft capture with the ISS at 5:51 a.m. ET, they did not complete hard capture until 6 a.m. ET, where 12 hooks extended from the capsule and firmly attached it to the ISS.

Although there were no humans aboard, placed within the Crew Dragon Capsule was a flight dummy called Ripley, a plushie in the shape of Earth. The purpose of the dummy was to indicate when the capsule had reached zero gravity conditions. Furthermore, the capsule also carried roughly 400 pounds of supplies and equipment to the ISS to help simulate future missions.