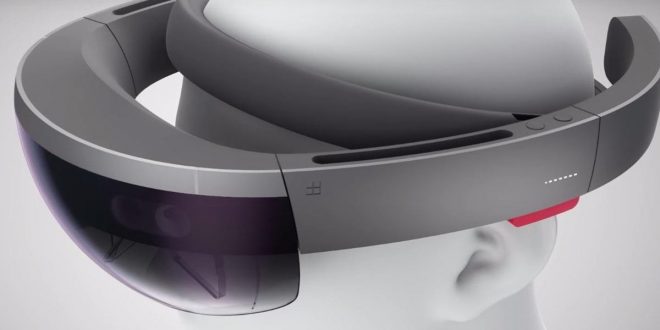 The future is here – with HoloLens 2

Augmented Reality, or AR, is an interesting field that draws a lot of attentions recently. Unlike VR (Virtual Reality) that has already established a user base focused on gaming, people are still trying to figure out what AR can do for people’s life. Microsoft’s newly announced HoloLens 2 hopefully brings us a step closer to the answer.

The first HoloLens headset promoted the concept of mixed reality, a form of augmented reality that mixes the real world with virtual objects. It’s a pair of smart glasses rather than a full-blown headset. The second generation, HoloLens 2, basically inherent the same concept while doing much more and much better, in a lighter and smaller package.

A key improvement is that the field of view for HoloLens 2 is double the size of the first generation. The area in which you can look and see items, such as objects or avatars of other users in the same virtual “room”, is much larger. It’s easier to keep track of what’s going on in the user interface around you with just your eyes, rather than needing to turn your head.

The headset will also track your eyes to know exactly where you’re looking, too, and support Windows Hello authentication out of the box. In addition, HoloLens 2 uses a new “time-of-flight” depth sensor, combined with fancy algorithms to track your hands controller-free.

Microsoft is targeting enterprise customers with the HoloLens 2. One of the examples featured in Microsoft’s materials is a construction worker using a HoloLens to help build something, with the headset providing instructions and information directly right in front of their eyes, while their hands are free to continue their work. Similar use cases can be found in the medical practices and training as well as collaborating on complex machine operations. With a hefty price of $3500, it may not seem relevant in daily life, but it can revolutionize the way companies and professionals communicate with one another.

Previous Phases
Next How to Convince an Antivaxxer